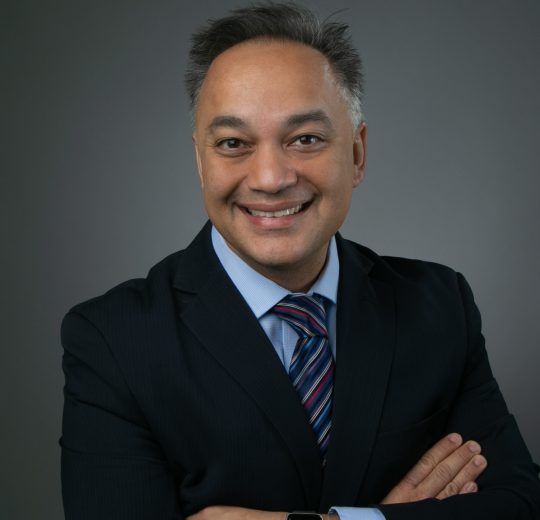 Dr. Shah earned his B.A. in Philosophy from Vanderbilt University and M.D. from the
University of Toledo Health Science Center. He completed Internal Medicine residency,
General Medicine/Primary Care fellowship, and an MPH in Management & Policy
Sciences at The University of Texas Health Science Center. During his training, he also
completed an international health policy internship at World Health Organization
headquarters in Switzerland.
Dr. Shah has enjoyed a distinguished career as an emergency department physician at Houston’s well-respected
Michael DeBakey VA Medical Center. His journey in public health began as Chief Medical Officer of Galveston
County Health District before joining HCPH to oversee its clinical health system and infectious disease portfolio.
Under his leadership, HCPH has won numerous awards including recognition as Local Health Department of the
Year by the National Association of County and City Health Officials (NACCHO) in 2016 for its work in
innovation, engagement, and health equity.
Sought for his practical insights and professional expertise, Dr. Shah has presented to the Texas Legislature and on
Capitol Hill, and he sits on numerous national boards and advisory groups including with the National Academies
of Sciences, Engineering, and Medicine, the U.S. Centers for Disease Control and Prevention, the Network for
Public Health Law, Trust for America’s Health, Texas Department of State Health Services, and Texas Medical
Association. He is currently the immediate past-president of NACCHO representing the nearly 3,000 local health
departments across the U.S. and recently served as president of its Texas affiliate. He remains active in clinical
and academic activities through various Texas Medical Center institutions.
In addition to clinical activities, Dr. Shah has participated in various leadership trainings including with the National
Public Health Leadership Institute, the American Leadership Forum, and the Kresge Foundation’s Emerging
Leaders in Public Health Program. He has responded to numerous large-scale emergencies such as Tropical Storm
Allison; Hurricanes Harvey, Katrina, Rita, and Ike; novel H1N1 influenza; the devastating earthquakes in Kashmir
and Haiti; and responses to Ebola and Zika, respectively. Dr. Shah served as medical branch co-director for the
27,000 Katrina evacuees sheltered at the Houston Astrodome in 2005 and led Harris County’s public health
efforts in response to Hurricane Harvey in 2017.
On a personal level, originally from Pakistan and having grown up in Cincinnati, Dr. Shah appreciates the
excitement of both cricket and baseball, while (unfortunately) remaining a diehard Cincinnati Bengals football fan.
He enjoys travelling and immersing himself in the local cultures. He is married with three children, who make sure
he takes family time to enjoy movies, museums, and parks.
Over his career, Dr. Shah has made significant contributions to both the fields of medicine and public health as a
clinician, innovator, educator, and leader.